Since 2005 I have been making electronic music under the name of Eye Closure. Among the pieces under this name are many fast, intense, industrial influenced pieces, along with some slower and more ambient works. Along with content here, my releases are on my bandcamp page. 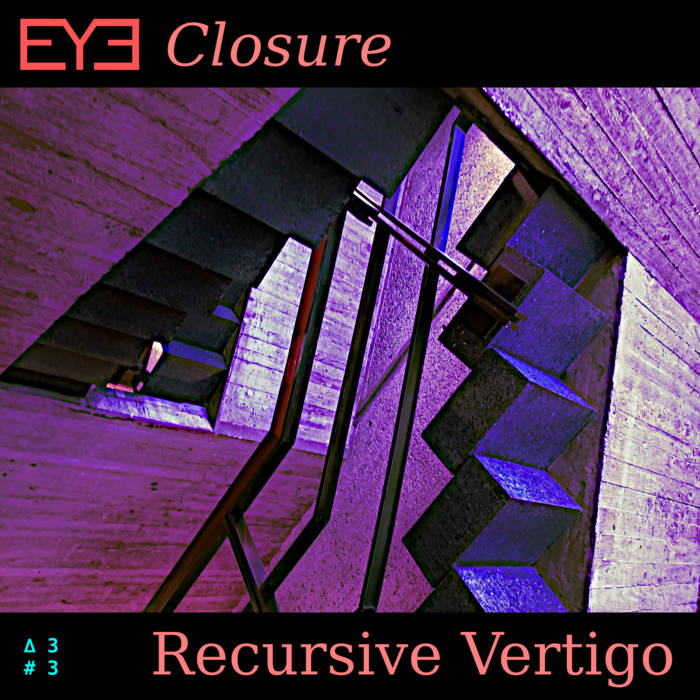 The of the tracks of this album were created during the period from 2007 to 2008. I performed the track Chasing Time with live improvised guitar accompaniment during the Alternative Arts Association show InfoStorm. The track Rock is Dead was created as part of a poetry reading performance for the Alternative Arts Association show In and Out of Days. More information about this performance can be found in the performances section. 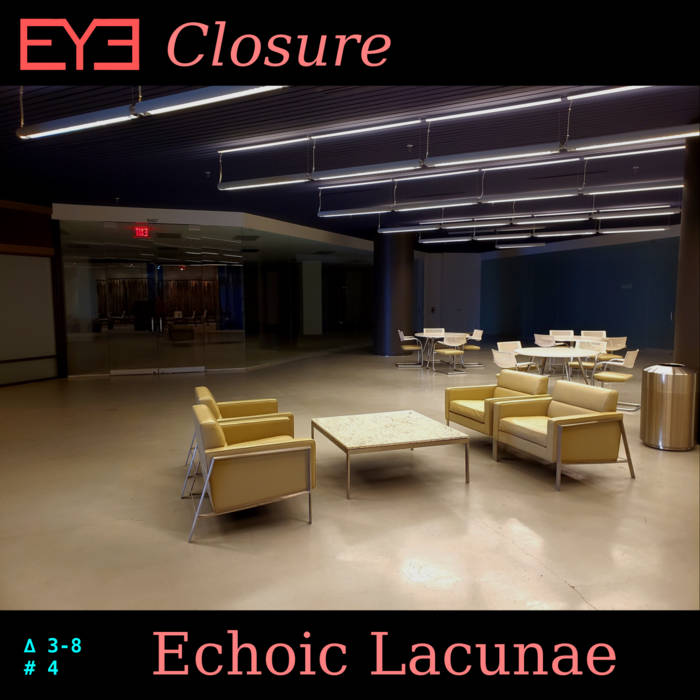 The four tracks of this album were created for four performance pieces. More information about these pieces can be found in the performances section.

I started making some electronic music in the summer of 2004, mostly with a PC and Buzz tracker. In 2005, I got some new tools and chose the name I-Closure; later, I changed it to Eye Closure.

The majority of completed pieces under this name were produced during the period of 2005 to 2008. During this period, I released some of this work on CD-Rs and distributed a handful of copies among friends. I also once had some work on a myspace page and put some up on soundcloud. Only in the summer of 2020 did I clean up some of this material and release it on my bandcamp page. I have, thus far, released two albums on bandcamp: Recursive Vertigo and Echoic Lacunae. The former consists of six tracks produced in 2007 and 2008, while the latter consists of four soundtracks to performance art pieces performed between 2008 and 2013. For more details about these performance pieces, and to see accompanying materials, check out my page on performance.

In the future, I plan on releasing more of this work. In particular, I have two albums of earlier work in the queue that I would like to put up: False Awakening and Remember Being. The former of these will consist mostly of what I passed out on a CD-R in 2008, while the latter will consist of pieces done before the summer of 2005, before I used the name Eye Closure. I will also try and release or link to some tracks made outside of the scope of these releases.

While I have not made new Eye Closure material in a while, I hope to get back to it eventually. I definitely don't feel finished with it as a project. During the years since I was more active in making music there have been quite a lot of other endeavors occupying my time.